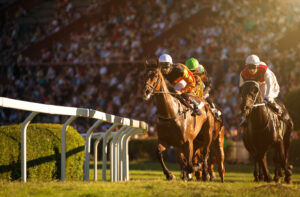 Newbury Racecourse reported good-to-firm going in the first half of the year as punters went back to the races after the pandemic.

With 15 meetings welcoming paying customers compared with only two last year, and ten behind closed doors, the number of attendants jumped from 4,400 to 57,300, only 2 per cent down on pre-Covid levels.

The period saw the payment of the final £10.7 million instalment from the David Wilson Homes development, an agreement made in 2012. The proceeds enabled the racecourse to pay a £3 million special dividend to shareholders and repay two loans totalling £7.2 million.

Dominic Burke, chairman of the Aquis-listed group, said that although the business had delivered broadly in line with expectations, the current economic climate would produce “race-day challenges” in the second half.

Similarly pre-tax profit moved into the black to the tune of £217,000.

The racecourse said it had secured planning consent for the Great Christmas Carnival, scheduled to take place at the venue for 35 days from November 25.

It also announced that Coral, part of the Entain gambling stable, will become the title sponsor of the two-day Coral Gold Cup Meeting at the end of November in a three-year deal.

Next post Mini-budget 2022 highlights: a summary of the key points
Politics