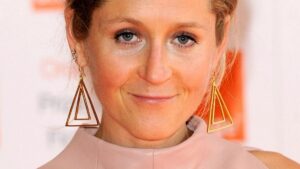 Lastminute.com co-founder Martha Lane Fox is set to pocket more than $2 million from the sale of Twitter to Elon Musk.

Baroness Lane Fox, who sits as a crossbench peer in the House of Lords, holds 34,000 Twitter shares and 4500 restricted stock units, according to the firm’s most recent proxy statement. She stands to make $2.1 million (£1.8 million) if shares are sold at $54.20 each per the terms of billionaire Musk’s takeover offer.

Musk re-committed to his original offer of taking Twitter private last night, in a dramatic U-turn for the world’s richest man after walking away from the deal amid concerns over the number of fake users on the platform, a move which prompted Twitter to begin legal action to force through the deal.

Lane Fox joined the board of Twitter in April 2016. She has expressed her support for recently-appointed Twitter boss Parag Agrawal, tweeting in November last year she was “so proud and thrilled” that he would become CEO. It comes in stark contrast to Musk’s remarks on Agrawall. In messages released during the Tesla CEO’s legal battle with Twitter, it emerged the billionaire sent the CEO a message asking: “What did you get done this week? I’m not joining the board. This is a waste of time,” before telling Twitter founder Jack Dorsey: “Parag is just moving far too slowly.”

Lane Fox was worth £30 million by age 27 according to the Daily Mail Rich Report, after founding travel and gift business lastminute.com. That was sold to Texas-based travel firm Sabre Corporation in 2005 for £577 million.

Alongside her Twitter role, Lane Fox also sits on the board of luxury French fashion business Chanel and is chair of Dutch fintech business WeTransfer.

UK-based banks, hedge funds and investment firms hold a combined 29% stake in Twitter worth $8.6 billion, according to Refinitiv data.

Previous post ‘They Need to Be Sent Back to Their Home Country” – Gov. DeSantis Speaks Out After Three of the Four Arrested For Looting In Ian Aftermath Are Illegal Aliens

Next post MUST READ: J6 Prisoner and DC Jail Abuse Witness Is Kept in Solitary 6 Days a Week – Shipped Off and Coerced into Plea – He Needs Our Help!
Politics